Kanye West reportedly cut off his soon-to-be ex-wife by changing his phone numbers amid their divorce.

There have been plenty of reports breaking over the last few weeks from Kanye West and Kim Kardashian's camp about the couple's ongoing divorce battle. After six years of marriage, Kim filed for divorce from Kanye last month, reportedly citing the rapper's Presidential aspirations as the "final straw" in their relationship woes.

Kanye is said to be focusing on new music and his collaboration with GAP, but he was spotted at his Calabasas office compound with his wedding ring back on, prompting speculation from fans about whether a possible reconciliation was on the table. According to the latest report from Page Six, that much won't be happening anytime soon because Kanye reportedly abruptly cut off his soon-to-be ex-wife, changing his phone numbers in recent weeks and forcing Kim to contact him through his security. 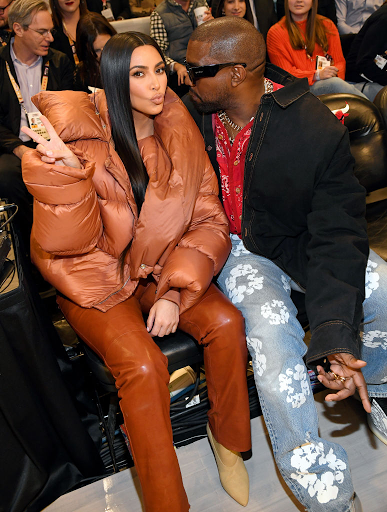 A source reportedly exclusively told the publication that Kanye told Kim that she could only contact him through his staff. Despite him seemingly not being willing to communicate with Kim, the couple is reportedly still co-parenting, with Kanye regularly visiting the kids at home when Kim is out.

"Even before Kim filed for divorce, Kanye changed his numbers and said, ‘You can contact me through my security,'" said the source. "Despite this, she trusts him around the kids. He loves them and is seeing a lot of them. She leaves the house and he arrives and hangs out with the kids. They have an army of nannies so the transition is easy."

According to other sources, Kim is reportedly set to keep their Hidden Hills home in the divorce. The house was designed by Kanye, but Kim reportedly has more of a connection to the area because all of her family lives nearby. Kanye has been staying regularly at his ranch in Wyoming.

What do you think about Kanye reportedly changing his phone numbers and telling Kim to contact him through his security?